International Cooperation: Not a luxury, but a necessity 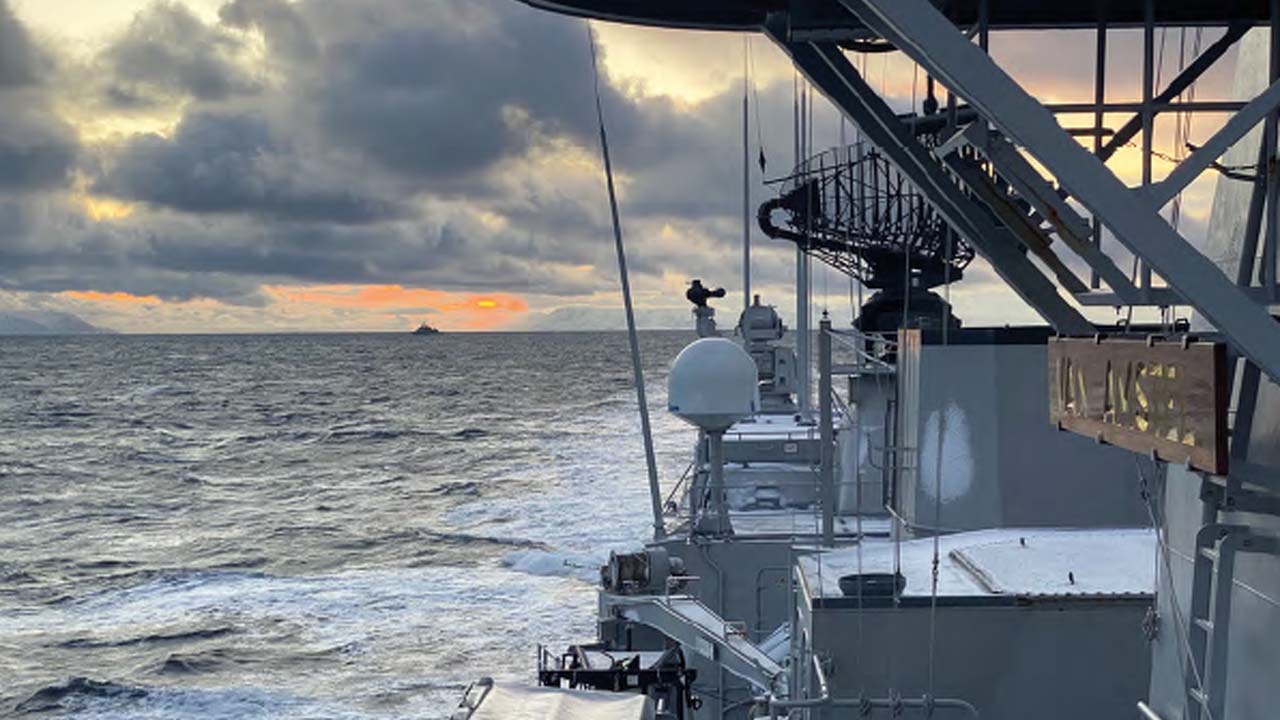 We live in a time of technological acceleration, which places great demand on the adaptability of our defence organisation. Furthermore, a world order seems to be developing in which the United States is more focused on Asia and using its (limited) military resources to protect its allies in that region. This means that, increasingly, we will see a transatlantic division of labour in which European countries take greater responsibility for the defence of Europe. A strong, autonomous, European defence within NATO is not only a political choice, but also a military necessity.

More international cooperation also means we frequently must ask ourselves which developments we wish to introduce, where to introduce them (within the NATO, EU, or otherwise), and with whom (which countries and/or parties) we wish to do so. This requires choices and steering in line with the 2022 defence paper, which will be published later this year.

EU Cooperation: Commission, Defence Agency and the Member States in the driver’s seat

In the EU, Defence has been on the political agenda for a few years now. Through the European Defence Fund, a sum of 8 billion euros was made available for defence research and system development. The goal here is to encourage international cooperation and strengthen the European foundation for the defence industry and technology. The Dutch industry is participating both with companies like Damen, Fokker, and Thales and at the SME level. The EDF was preceded by two programs for Research and Development, respectively. From this, valuable experience was gained in cooperative projects, funded by an EU budget. The Netherlands leads the (maritime) project Sea Defence, within the framework of the development program.

Sea Defence is a unique project in which twelve leading European shipyards and knowledge institutes (Including MARIN and TNO) are brought together in a consortium, led by the Dutch company Damen. The project has been submitted under the EDIDP call 2019 Future Naval Systems/Platforms. The project involves a feasibility study that aims to deliver a roadmap of (new) technologies, which are to be integrated into the next generation of maritime platforms (future warships) and continued in further European development programs. The project’s name is ‘Survivability, Electrification, Automation, Detectability, Enabling Foresight of European Naval Capabilities in Extreme Conditions’, or Sea Defence for short.

The consortium is supported by SEA naval, the maritime workgroup of Sea Europe, the European Shipyards and Equipment Association, and the Aerospace, Security and Defence Association of Europe (ASD). Denmark, France, Italy, Spain, Sweden, and the Netherlands are all participating countries. The support from member states is essential to ensure that the results of the project will lead to actual navy capacity, which can effectively support the next generation of European naval forces in the face of future threats. This support includes information sharing and a co-financing contribution. This cooperation is important to the Ministry of Defence and particularly to CZSK because of the knowledge acquisition required for the forthcoming replacement of the LC frigates, the connection with the Defense Industry Strategy 2018 (DIS), and the ambition concerning European defence initiatives such as EDIDP and the European Defence Fund.

In the European Defence Fund, the Netherlands aims for themes like Maritime, Cyber, Simulation, and Sensors. Because of their knowledge, position, and experience, DMO will be involved with all of these processes and their implementation. With the EDF, coordinating and engaging with the industry/NIDV is highly important to ensure proper implementation of the DIS and to ensure the EDF can be used to maintain a good position and both create and take advantage of new opportunities for the Dutch industry. Hence why the Dutch efforts are coordinated interdepartmentally and in consultation with the NIDV. Furthermore, participating in the EDF gives the Netherlands an important vote in about how frameworks and plans for research and development are drafted. The Multi-Role Tanker and Transport Aircraft (MRTT) project is a good example of EU cooperation with origins in the EDA.

International cooperation is not a luxury but a necessity and will be an important foundation in the development of (new) Defence capabilities in the years to come.
Gerlof de Wilde 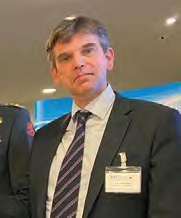 The NIDV bids farewell to defence official Gerlof de Wilde. He was an important liaison for the NIDV at DMO. Gerlof was able to connect companies to potential NATO and EDF projects, for which the NIDV is grateful. NIDV wishes him all success at the EC’s Joint Research Council, where he will strengthen the EC’s scientific domain, in particular for Defence.

Within NATO, the DMO contributes to international cooperation through the Conference of National Armaments Directors. The working groups contri-bute to interoperability in the maritime, land, air, and industrial fields through standardisation program-mes and knowledge development. Multinational cooperation programmes are also initiated in a NATO context, such as recently for CBRN protection, ammunition, and Maritime Unmanned Systems. Important capacities such as Air to Ground Surveillance and the follow-up of AWACS are deve-loped from the NATO Common Budget. The NATO Industry Advisory Group is an advisory body where the industry advises the CNAD and conducts studies that can inform the capability development process.

The Director DMO participates twice a year as the Dutch representative in the CNAD Plenary Meetings, in which the progress of these international coope-ration programmes and topics related to Emerging and Disruptive Technologies (EDT) are discussed with Interoperability Partners and Allies.

In addition to the multilateral forms of cooperation (such as within NATO and the EU), bilateral cooperation will remain an important instrument. There is intensive cooperation with countries such as Germany, France, Belgium, Sweden, Denmark, and Norway on various projects in different domains. New developments such as innovation and disruptive technologies are included: international cooperation is also growing in this area, both bilaterally and in NATO and EU contexts.

International cooperation is not a luxury but a necessity and will be an important foundation in the development of (new) Defence capabilities in the years to come. This will take place within NATO and the EU, but also in bilateral cooperation. In addition to political will and harmonisation of needs by the countries, there is an important role for the Dutch defence industry to exploit and actively seek opportunities for cooperation.

Sea Defence is a unique project in which twelve leading European shipyards and knowledge institutes are brought together in a consortium, led by the Dutch company Damen.

These days, as Europeans, we have to face facts: We have to band together to ensure peace and safety for all.
Director DMO, VADM De Waard 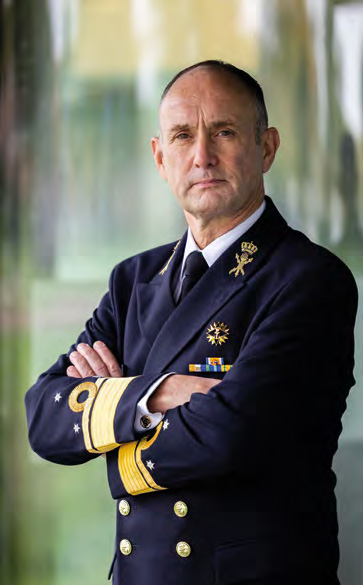 Chairmanship EDA Executive Board in the composition of NADs

As of January 2022, Director DMO, VADM De Waard is the chairman of the EDA Executive Council in the composition of National Armaments Directors (NADs).

“These days, as Europeans, we have to face facts: We have to band together to ensure peace and safety for all. When we speak of our armed forces’ interoperability and interchangeability (making use of each other’s systems without restrictions), we realise we still have a long way too go. Disruptive technologies, the extremely adaptive and flexible actions of potential enemies, climate change, challenges regarding energy supplies, conflict hotspots, refugee flows, and other threats (such as cyber and the spread of disinformation) are just some of the chal-lenges we are faced with. We no longer have the luxury of time to respond; the aforementioned developments dictate the pace and it is up to us to keep up. As head of the Steering Board of National Armaments Directors (NAD’s), under the banner of the European Defence Agency (EDA), I will strive to find an answer to these challenges together; and above all, avoid getting stuck in nice resolutions, but actually start doing things. Faster joint acquisition, ensuring that incorporating innovations (both short cycles and longer term) is considered a natural part of the transformation of our armed forces and promoting a strong EU Defence Industrial Technological Base (DTIB) with a significant role on the world stage. For this base, it is important to ensure full access to necessary financing opportunities for companies in the defence sector (both larger companies and SME’s). Only if we do this together and at the start of the planning process, do we have a chance to succeed. Instruments like the CDP, CARD and EDF can be invaluable, but only if we are prepared to actually use them. Avoid thinking in silos, instead think and act to suit the communal challenge, the necessity is crystal clear and the time to act is now. “

Undersea Defence Technology (UDT), as the largest global event dedicated to the undersea defence industry, is a multi-faceted exhibition and conference reflecting the community’s desire for continuous learning and development.
Extern

Undersea Defence Technology (UDT), as the largest global event dedicated to the undersea defence industry, is a multi-faceted exhibition and conference reflecting the community’s desire for continuous learning and development.
Extern
Alle Evenementen